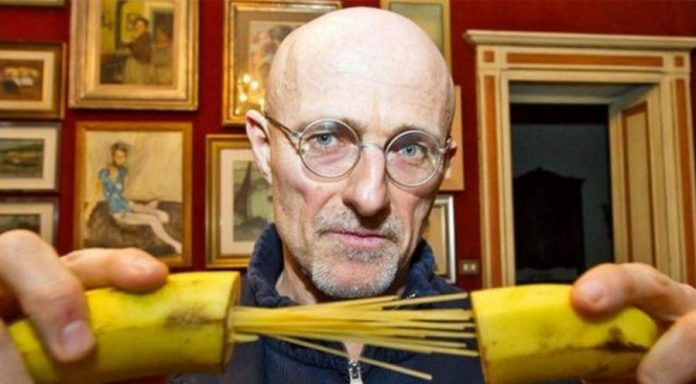 And who has volunteered to be the patient: a Russian man named Valery Spiridonov. He suffers from a very rare disease called Werdnig-Hoffmann Disease, often fatal genetic disorder that breaks down the muscles and kills nerve cells in the brains and spinal cord that help the body move. He is confined to a wheelchair and his movements essentially limited to feeding himself, typing and controlling his wheelchair with a joystick. “Removing all the sick parts but the head would do a great job in my case” Spiridonov told The Atlantic magazine on its September issue 2016. “I couldn’t see any other way to treat myself.”

This procedure did receive it’s part of obvious criticism from many scientists against Canavero and Ren’s (Chinese surgeon Dr. Xiaoping Ren recruited by Dr. Sergio for the procedure) plan of promoting junk science and creating false hopes. Even said that they should be charged with murder of the patient dies, a very likely outcome. Despite all that, the Italian surgeon Dr. Sergio predicts 90% success of head transplant.

And even if successful, the process could still lead to unexpected psychological reactions from the patient as they get used to their new life, so a virtual reality world to prepare them for a different body is being developed. So a new VR (Virtual Reality) system created by Chicago-based firm Inventum Bioengineering Technologies, would enable the patients to take part in sessions for months before an operation. Inventum chief executive Alexander Pavlovcik said: ‘In preparing the patient of Heaven (Head Anastomosis Venture) to transition into a new body, virtual reality training will be used before the surgical procedure to prevent the occurrence of unexpected psychological reactions. So as one can see that even if the actual surgical procedure isn’t that long, the steps that follows and the ones prior to the surgery is vast and delicate and needs to be carried out with the same attention. Let’s just hope for the best and stay positive, which is what one can do at this moment and welcome new discoveries and possibilities.

The Informed Sheep is managed by a group of writers with diverse skill-sets ranging from research, science, lifestyle and even politics. But our core focus lies on writing articles to keep everyone informed and add value to your daily life. Don't Stay Sheep, Be Informed !
Contact us: contact@theinformedsheep.com
© 2018 TheInformedSheep.com | ⚡ by AJ Entertainments