In today’s world, the interdependence between countries due to globalization have dramatically increased. And with the increasing number of global and transnational companies doing businesses globally, cultural awareness has become an important tool in the international business (Constantin, Cohen-Vida, & Popescu). This tool can help individuals in the multi-cultural team to best leverage their differences and help overcome stereotypes due to the emerging numbers and diversity of actors involved in global activities (Parker, 2005). The main intention of this assignment is to compare and contrast the cultural differences between India and Australia through an acceptable framework. The rise in value of goods and services in two-way trading partnership between India and Australia from $6.8 billion in FY2003-2004 to $14.8 billion in FY2013-2014 could be taken as a germane to our topic (Australia-India Comprehensive Economic Cooperation Agreement, 2013).

There are many definitions for “culture”. According to Margaret Mead (1937), culture means

the whole complex of traditional behaviour which has been developed by the human race and is successively learned by each generation. A culture is less precise. It can mean the forms of traditional behaviour which are characteristic of a given society, or of a group of societies, or of a certain race, or of certain area, or of a certain period of time (p. 17).

According to other authors culture is defined as below:

From the above definitions, we can agree to a certain extend that national culture consists of something which is shared and imitated among a group or a population of a sovereign nation (Birukou, Blanzieri, Giorgini, & Giunchiglia, 2009). One way to approach national culture is via dimensional framework developed by Geert Hofstede.

This dimension measures the degree to which the members of a society found at the lower rung accept and expect that privileges, wealth and power is spread unequally (Hofstede, Minkov, & J. Hofstede, 2010). The Power Distance Index apprise us of the dependence relationships in a society. In high power distance societies real power is centralised and it is common for employees to follow their supervisor or manager who designates all the procedure for them, in-equalities are accepted. On the other hand, in a low power distance society subordinates do not rely on their supervisors or managers as is the case in a high power distance society. (S. Bhagat, S. McDevit, & Triandis, 2012)

The power distance index score for India is 77, which indicate a high power distance society. Australia, on the other hand is a low power distance society, with a power distance index score of merely 36 (Hofstede, Minkov, & J. Hofstede, 2010). Even though it is clear from these scores how hierarchical the Indian society is, a deep look into the caste systems and hierarchical nature of the extended family, where the oldest member of the family is in an un-disputed authoritative top position could explain the roots from which the unequal distribution of power has been transferred. It is expected of a junior in an Indian society, to stand-up when a senior person enters a room, leaving their seat for a senior in a bus or a train which is crowded, refraining themselves from smoking or drinking alcohol in their presence and usually they withdraws from a confrontational situation with seniors (Storti, 2007). Also, in an Indian business environment, the decisions are made from the top management and juniors are expected to be loyal and obedient to such decisions (Boopathi, 2014). Whereas in Australia, so called Anglo culture (Ashkanasy, Roberts, & Kennedy, 2000), a low power distance society, the dependency of subordinates to their superior is meagre and mutual. A junior member is comfortable to approach their superior and can contribute and criticise the decisions made. Moreover, a decision can be made by a junior member without discussing with a senior member in a business organisation when compared to a business organisation in India (Boopathi, 2014). It is expected of an Australian leader to follow an egalitarian way to get a job done, while balancing a visionary leadership style (Ashkanasy, Roberts, & Kennedy, 2000).

According to Hofstede, this is a very significant dimension of cultural difference. This measures the degree to which people are unified into groups (Hofstedes cultural dimensions theory, n.d.). Individualism and Collectivism are cultural syndromes which shares a common outline of values, attitude and beliefs. Australia is an Individualistic country. Individualism can be demarcated from collectivism as pattern in society where people are loosely knitted and are independent in making their own preferences. Collectivism, on the contrary, is a pattern in society where people are knitted together to one or more groups (e.g. family, tribe, organisations). People give importance to the goals set by these groups they are linked to rather than their own.

In the comparison measurement of Individualism versus Collectivism (IDV), Australia is high on individualism with a score of 90, whereas India falls in under collectivistic culture with a score of 48 (Hofstede, Minkov, & J. Hofstede, 2010). Collectivistic nature of Indian society can be seen in the Indian families and organization. A traditional Indian family usually consists of two or more generations living as joint families in one household (Deb & Chadda, 2013). Even in business, there exists a large number of family run businesses. A business partnership is most likely to be formed with a relative or siblings, even if they are in-competent (Sebastian, 2006). But surprisingly, most family run businesses have been very successful. Collectivistic culture believes in group accomplishment. Unlike an Australian individualistic culture were relationship roles are very minimal and individualistic success is preferred (Boopathi, 2014).

Even though there exist a lot of controversy using masculinity versus femininity as one dimension in measuring national culture, Hofstede specifies that he developed these from stereotypical gender roles (S. Bhagat, S. McDevit, & Triandis, 2012). The Masculinity represented pertains to the part of gender in the society which are clearly distinctive:

And in Femininity gender roles overlay, that is,

On the Hofstede’s measurement scale for Masculinity versus Femininity (MAS), both the countries have almost the same score. But, Australia slightly ahead than India, with a score of 61, and India with a score of 56 (Hofstede, Minkov, & J. Hofstede, 2010). Both the cultures are male dominated and displays traits of assertiveness and performance (Jones, 2007).

This expresses the degree to which a society feels threatened or uncomfortable by uncertainty and ambiguity in their environment (Hofstede, Minkov, & J. Hofstede, 2010). Cultures with high uncertainty index tend to be more emotional or expressive, they does not like any unexpected situations and tries minimize such circumstances by planning and creating rules. In contrast, low uncertainty avoidance culture tend to be more practical and embrace any ambiguity (Hofstede, Minkov, & J. Hofstede, 2010).

In the uncertainty avoidance index (UAI) measurement, India scores 40 and has a medium low preference level to avoid any uncertainties. Australia with an intermediate score of 51 indicate that society is tolerant to uncertainties and people does not display any aggression when faced with ambiguity (Hofstede, Minkov, & J. Hofstede, 2010). India, with a low uncertainty avoidance culture, people are more flexible and ready for any ambiguity. The negligence of law and unawareness of its legal aspects by the people can be shown as an example for this. Therefore, a society with weak uncertainty avoidance index tend to avoid making any rules and believe in adaptation and correctness (Boopathi, 2014).

Time orientation, originally called Confucian Dynamism, is the degree to which long or short term penalties are considered.  Long term oriented societies are mainly focussed on the future. They are willing to sacrifice their short-term emotional fulfilment to prepare for the future and are likely to foster towards rewards, persistent, saving and capacity to adapt. For short term oriented societies the importance is given to past and present. Their focus will be on matters related to short term which can give an immediate fulfilment. (Hofstedes cultural dimensions theory, n.d.)

This can be measured in terms of the extent to which a society allow free gratification of desires and impulses. Indulgent cultures tend to focus on relatively free gratification of basic and natural human drives, individual happiness and there is greater importance in freedom of speech. On the contrary, in a restrained culture, emotions are not allowed to express freely, liberty, leisure and happiness are given less prominence (MacLachlan, 2013).

In the Indulgence versus Restraint (IND) comparison, India scores only 26 indicating that it is a restraint culture. While, Australia scores 71, considered as a highly indulgent culture (Hofstede, Minkov, & J. Hofstede, 2010). In restraint society like India, preferences are not given for leisure time, freedom of speech and often gratification drives are refrained (Hofstede, India – Geert Hofstede, n.d.). Also, the younger generations are raised up with a restrain in their desires and impulses (Soni, 2014). The high indulgence society like Australia, people realise their need to enjoy life and in completing their desires. They give preference to leisure time and freedom of speech unlike a restraint society (Hofstede, Australia – Geert Hofstede, n.d.).

The major differences in culture, between India and Australia, are power distance, Individualism and Indulgence. Even though both cultures are masculine, further analysis is required to understand if they both share the same meaning. Furthermore, in comparison to Australia, India is a land of diverse culture and every state in India have a different cultural values, beliefs and traditions. So generalizing the Indian society is irrational and it is better to connect Indian culture with sub-regional and sub-cultures (Boopathi, 2014). Due to this, the dimensions of Hofstede should be considered only as a guideline to understand national cultures (Hofstedes cultural dimensions theory, n.d.).  This study of cultural differences can contribute in mainly three ways. Firstly, the study can give an insight to Indian and Australian cultural variations. Secondly, this study can help the Indian and Australian leaders in making pragmatic business plans to do business in India and Australia. And lastly, this can help reveal the hierarchical leadership style preferred by the employees in India and Australia (Boopathi, 2014). To conclude, even though an empirical research is needed to deeply understand both Indian and Australian culture, the study gives a brief idea about the cultural differences between India and Australia through the six dimensions of Hofstede (Hofstede, 2001). 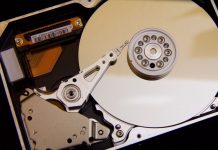 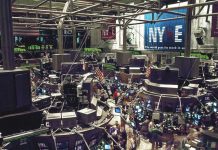 Analysis of U.S Market Conditions and Marketing Plan for OnePlus 3

Is India Heading Towards Intolerance?

The Informed Sheep is managed by a group of writers with diverse skill-sets ranging from research, science, lifestyle and even politics. But our core focus lies on writing articles to keep everyone informed and add value to your daily life. Don't Stay Sheep, Be Informed !
Contact us: contact@theinformedsheep.com
© 2018 TheInformedSheep.com | ⚡ by AJ Entertainments
This site uses cookies: Find out more.